FactsMatter Message FactsMatter
December 2019 in General
Trump, who once likened wind turbines to the Lockerbie bombing, has a new conspiracy theory. 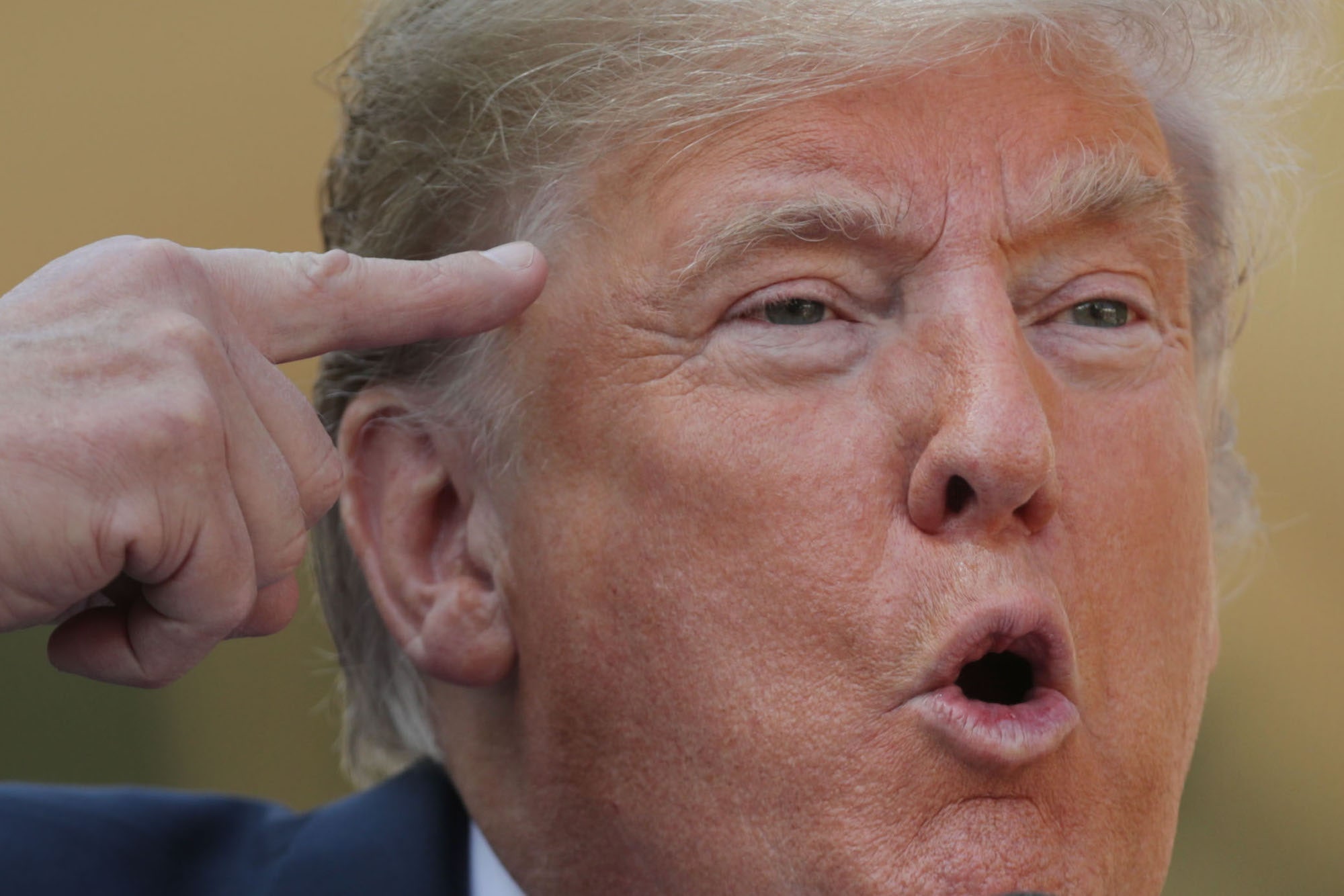 Donald Trump has a long history of attacking wind energy, which he views as a threat to coal and his campaign to transform the planet into a truck-stop urinal, the kind you have to unlock with a key attached to a giant steering wheel.

“It’s Friday,” he tweeted one innocent afternoon in August 2012. “How many bald eagles did wind turbines kill today?” A couple months later, he opined: “If Obama keeps pushing wind turbines our country will go down the tubes economically, environmentally & aesthetically,” not mentioning that his own personal aesthetic could be best described as “Louis XIV projectile vomit.”

He spent most of 2013 and 2014 fighting Scotland‘s First Minister over plans to build an offshore wind farm near his Aberdeenshire golf course, telling an Irish paper that “wind farms are a disaster for Scotland, like Pan Am 103,” i.e. the transatlantic flight that was bombed by a terrorist in 1988, killing all 259 passengers on board and 11 on the ground when large part of the aircraft landed on residential areas of Lockerbie, Scotland. (“Here’s a reference these Scots will understand,” he presumably thought to himself.)

Returning to his avian anxieties, the noted animal-rights activist told a West Virginia crowd last summer, “You look underneath some of those windmills, it’s like a killing field [for] birds.”

His concerns, it seems, aren’t limited to wildlife. “If Hillary got in. . . you’d be doing wind. Windmills. Weee,” he told the crowd at a rally in Michigan last week during an aside that, were he not president, would be submitted as evidence to have him committed. “If it doesn’t blow, you can forget about television for that night. ‘Darling, I want to watch television.’ ‘I’m sorry! The wind isn’t blowing.’ I know a lot about wind.”

So, really, it was only a matter of time before this happened:

President Donald Trump on Tuesday launched his latest wild attack on wind turbines, an energy source that has long attracted his ire.

“They say the noise causes cancer,” the president remarked of the turbines at the National Republican Congressional Committee fund-raiser in Washington, D.C. “If you have a windmill anywhere near your house, congratulations—your house just went down 75 percent in value.”

As virtually everyone on the Internet was quick to point out, out here, on planet Earth, cancer is not caused by noise, wind-induced or otherwise.

Meanwhile, an energy source that does tend to cause health issues, as New York’s Jonathan Chait notes, “is coal, an extremely dirty fuel Trump loves and has attempted to bolster, with almost no success. Aside from costing more to produce than other sources of power, and in addition to enormous air-pollution side effects, coal also emits greenhouse gases in large amounts.”

“Wind turbines cause cancer” isn’t the first piece of medical advice Dr. Trump has dispensed to his followers. In April 2012, he tweeted a story claiming that “people who live up to 2 miles away from the turbines develop such things as sleep, stress and mood disorders once wind farms go up.” (More likely, experts say, the symptoms are psychosomatic.)

That same year, he warned that L.E.D. light bulbs cause cancer, and that one must “be careful,” because “the idiots who came up with this stuff don’t care.” Meanwhile, he believes fracking poses “ZERO health risks” and is, in fact, good for you.