FactsMatter Message FactsMatter
January 8 edited January 8 in General
A satellite photo from the commercial company Planet shows damage to at least five structures at the Ain al-Assad air base in Iraq. 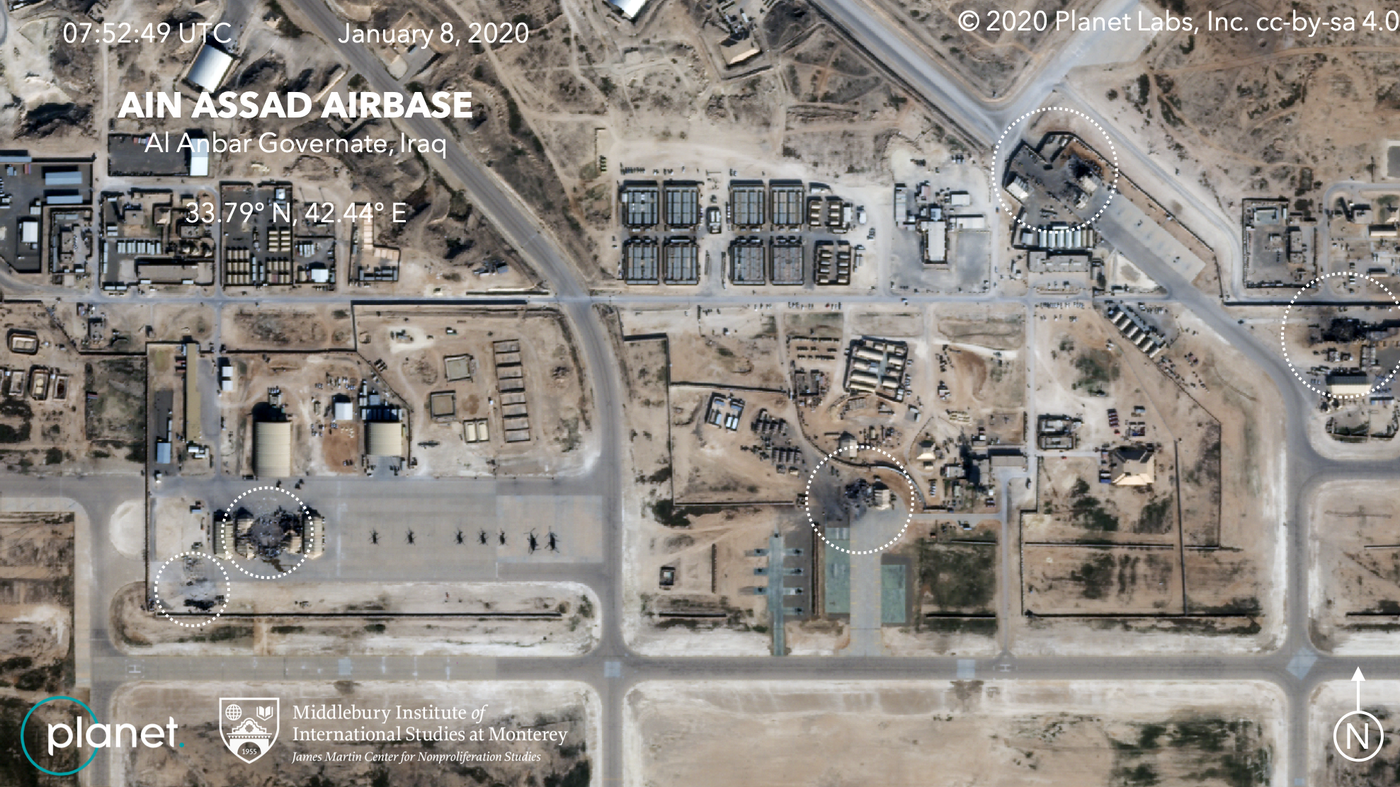 Satellite photos taken Wednesday show that an Iranian missile strike has caused extensive damage at the Ain al-Assad air base in Iraq, which hosts U.S. and coalition troops.

The photos, taken by the commercial company Planet and shared with NPR via the Middlebury Institute of International Studies at Monterey, show hangars and buildings hit hard by a barrage of Iranian missiles that were fired early Wednesday morning local time.

At least five structures were damaged in the attack on the base in Anbar province, which apparently was precise enough to hit individual buildings. "Some of the locations struck look like the missiles hit dead center," says David Schmerler, an analyst with the Middlebury Institute. Iran's attack targeted at least two military bases in Iraq. The extent of the damage to the second base, in Irbil, was unclear.

Shortly afterward, President Trump said in an optimistic tweet: "All is well!