Trump has averaged 23.8 lies per day since the first case of COVID-19 was reported in the US

Even during a pandemic, when the public needs to trust and rely on him the most, deception remains a core part of the president’s playbook.

What’s unusual about Trump is not just how often he lies, but what he lies about and where he communicates his lies most often.

I evaluated Trump’s 18,000 reported lies organized by topic. If Trump lied consistently, we would see a relatively flat distribution of falsehoods over time and across topics. Instead, bursts of deception tend to repeat on the same topic, particularly about guns, the economy, education, and elections. 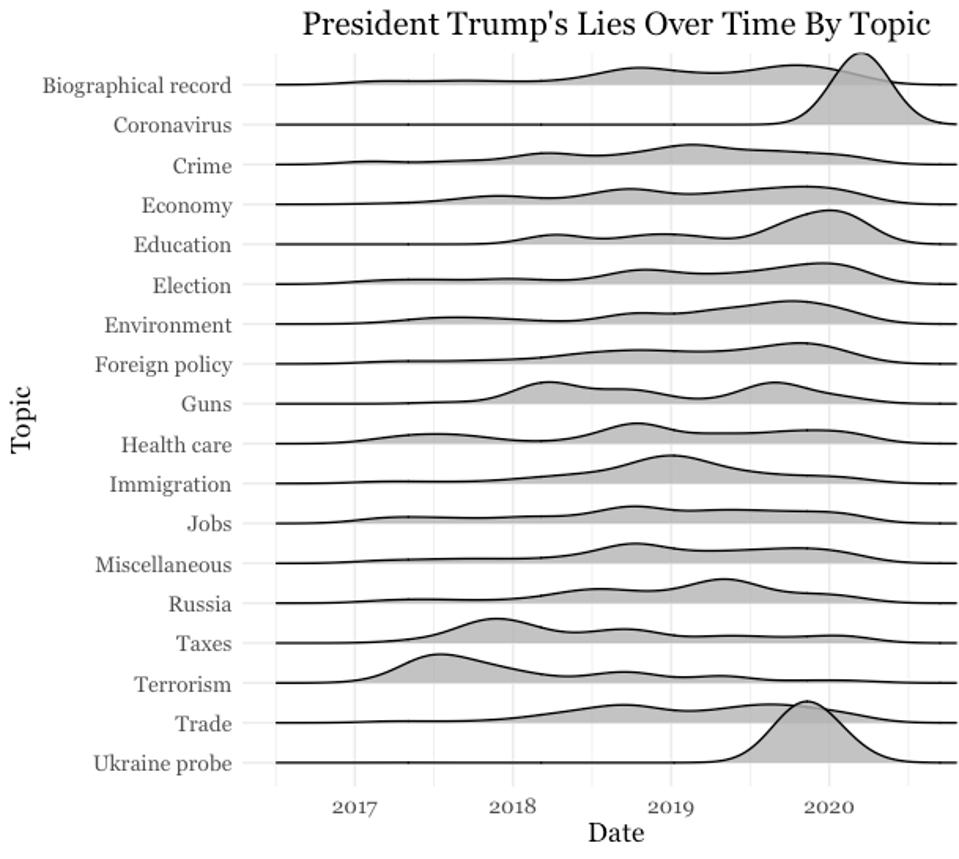 What’s also remarkable is the steady increase in Trump’s lying on public-facing platforms such as Twitter, in speeches, and during remarks. President Trump seems impervious to the threat of detection or harsh public opinion. He continues to deceive at record-setting rates using forums that amplify his lies, rather than hide them. 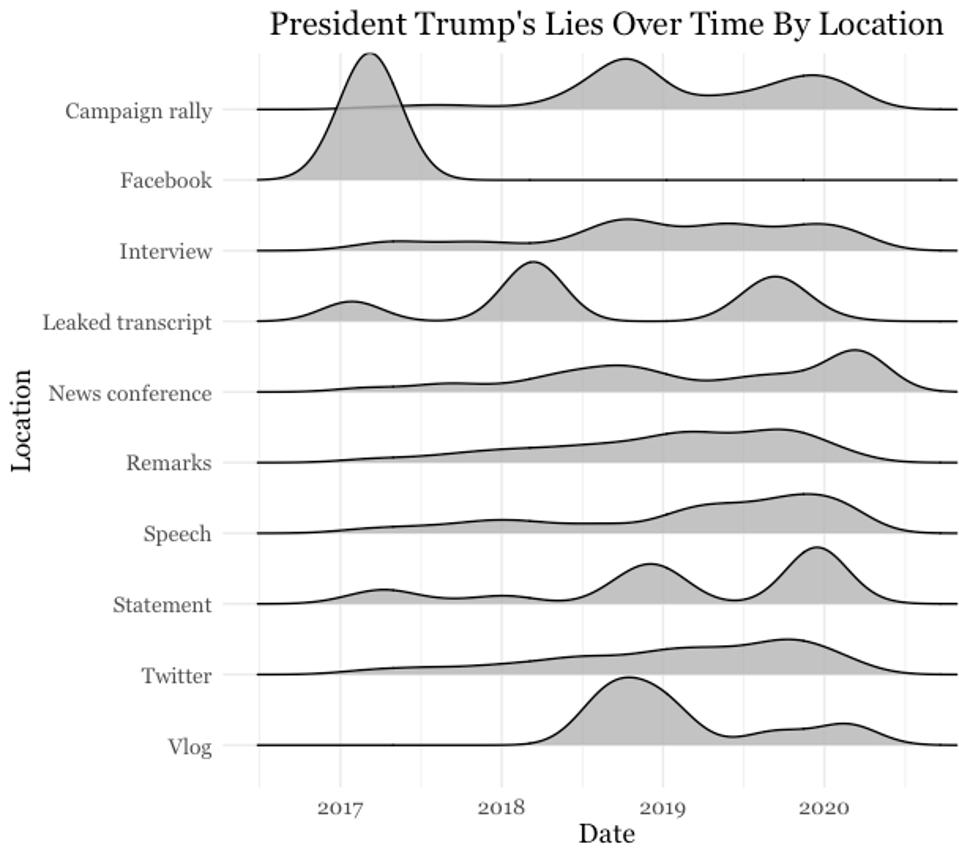 Recently, journalists have taken measures to curb the spread of Trump’s lies and harmful recommendations to the public. Some news outlets, for example, have stopped airing his press briefings and others are limiting their coverage of him.

The problem here is that mainstream media coverage of President Trump is a relatively constrained avenue for his lies. Tweets, on the other hand, have speed and scale: they travel fast and are distributed globally. They also leave a record, allowing lies to remain public and therefore, in competition with truths. Even correcting falsehoods may not help, given political divisions among us and evidence suggesting that warnings about false claims can backfire.

Trump’s lies are problematic because they force us to question our institutions and the value of information. Their consequences might also bleed into our everyday meaningful relationships. Our trust in government, media, and other institutions remain quite low, but we still tend to trust one another.

What happens when our distrust in government affects our trust in family or friends? When we fail to value truth and instead, prioritize alternative facts or self-serving discourse, the fabric that holds our relationships together begins to fray.