- Ailinglaplap Atoll, in Marshall Islands, has grown 13 per cent since 1943 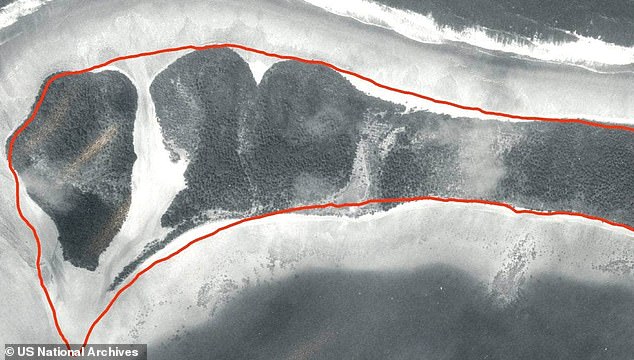 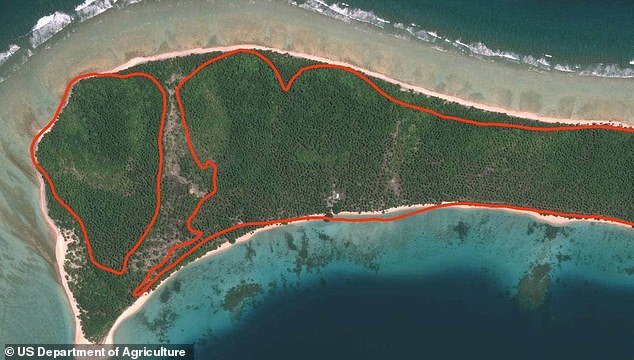 An island in the Pacific Ocean has grown dramatically in size despite rising sea levels, which has been blamed for sinking many others over the last four years.

New Zealand and Canadian researchers have been studying a chain of volcanic islands, known as the Marshall Islands, located between Hawaii and the Philippines, over the last 70 years.

Satellite images, aerial photographs and radio carbon dating have shown an island that sits on top of Ailinglaplap Atoll​ has grown by a staggering 13 per cent.

The discovery comes despite rising sea levels around the world which has caused a number of islands to disappear in the Pacific region since 2016.

Sea level rises have been linked to thermal expansion caused by warming of the ocean and increased melting of land-based ice.

In the South Pacific, the sea has risen almost three times the global average, rising around seven to 10 millimetres every year since 1993.

Despite their disappearances researchers have discovered some islands are still continuing to grow.

The New Zealand and Canadian scientists have provided a simple explanation for the growth at the Ailinglaplap Atoll​.

An atoll is a ring shaped coral reef that produces sediment, like sand and gravel, to help build the island on top of it.

As the reef flourishes, more sediment is produced, increasing the build-up and size of the island.

The Ailinglaplap Atoll​ began as two separate islands, but they merged because of sediment build-up over the decades.

A spit at the western end of the island has also been gathering more sediment, growing bigger in size. 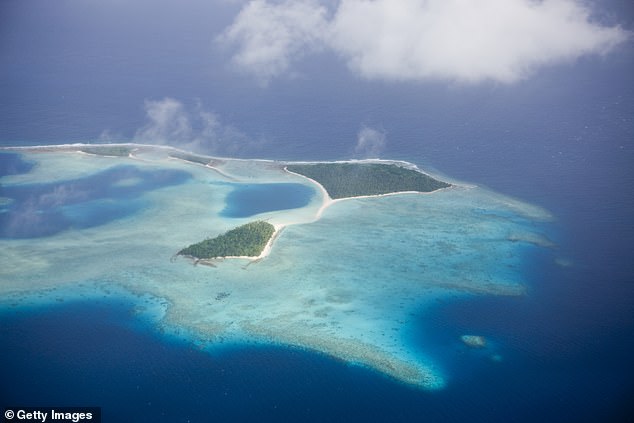 University of Auckland senior lecturer Dr Murray Ford told Stuff radiocarbon dating showed the sediment had been building up since as early as 1950.

'The big picture with this is the modern day coral reef can build an island even though the sea level is rising,' he said.

'The nice thing about these islands is everything that builds the island comes from the reef.'

Professor Ford said it was important coral reefs remained healthy so islands could continue to grow.

'It's all about the reef health, being able to produce sand and gravel to help make these islands and maintain them.'

At the moment, many coral reefs are at threat of ocean acidification, reef bleaching and pollution.