Congress plans to restore Medicaid access for citizens from Palau, the Marshall Islands and the Federated States of Micronesia living in the U.S., Politico reported Sunday. The change would help thousands of Pacific Islanders who have been hit hard by the coronavirus pandemic. 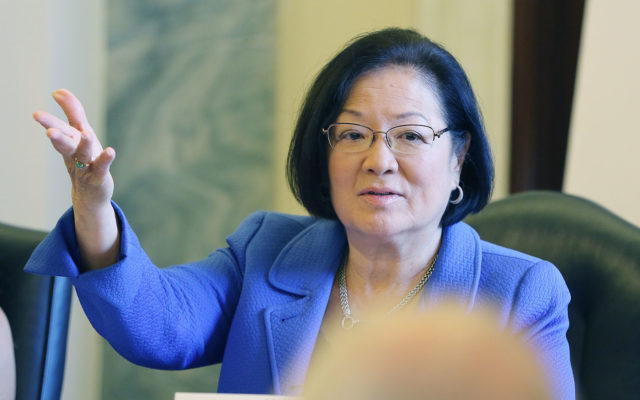 U.S. Sen. Mazie Hirono (D-HI) has been a major supporter of Medicaid restoration for COFA migrants.

Congressional leaders confirmed to Politico Sunday that the change will be included in the omnibus spending bill.

Citizens of the three Pacific nations live in the U.S. through treaties known as the Compacts of Free Association that give the U.S. strategic control over the western Pacific Ocean. But Congress stripped the migrant community of access to Medicaid in the 1996 Welfare Reform Act.

That decision had major implications: even before the pandemic, Hawaii residents from Palau, the Marshall Islands and the Federated States of Micronesia struggled to access health care due to high costs.

After Congress stripped Pacific Islander migrants of their access to Medicaid, Hawaii continued to provide it through state-funded MedQuest until Gov. Linda Lingle’s administration stopped doing so to save money.

MedQuest access was briefly restored after a class action lawsuit. But when the state won its appeal, Gov. David Ige’s administration pushed migrants onto Obamacare in 2015. A University of Hawaii study found that decision correlated with a sharp increase in mortality in Hawaii’s Micronesian community.

When reached by phone Sunday, Hawaii resident Josie Howard said she was crying tears of joy. Howard, who migrated from Chuuk decades ago, co-founded the community organization We Are Oceania in reaction to the lack of access to health care for her people.

“I think this is the best Christmas gift our community has ever got but it would not be possible without the push and the fight of Hawaii leadership,” she said, crediting Sens. Mazie Hirono and Brian Schatz and Rep. Ed Case. “I want to deeply thank them from the bottom of our heart on behalf of our community.”

She noted the community has been waiting for more than two decades, and in the meantime her co-founder and fellow advocate Jojo Peter died. “I began to lose hope that this may not happen anytime soon,” she said.