FactsMatter Message FactsMatter
February 24 edited February 24 in General
Were you there obeying your leader, Reaper? 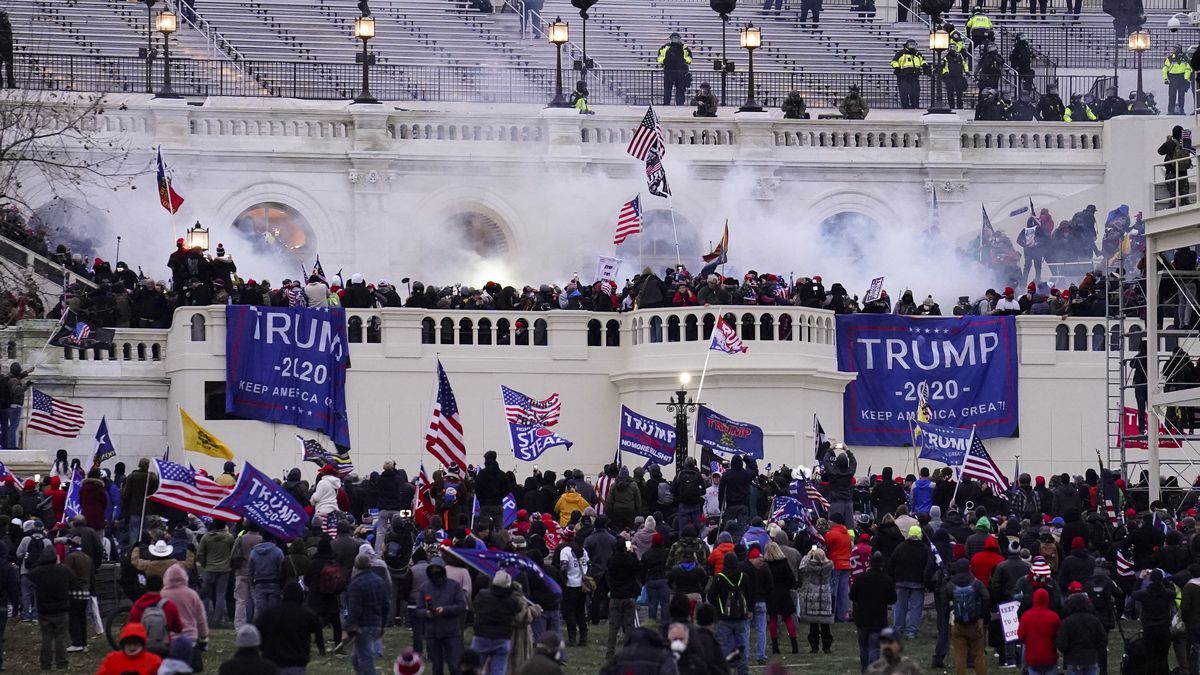 America watched as hordes of rioters broke into the U.S. Capitol on January 6 — crushing through windows, pressing up stairways, and sending lawmakers and law enforcement running for their lives. The flood of protesters who streamed into the Capitol that day left federal authorities with an equally immense task: finding and charging those responsible.


So far, federal prosecutors say they have charged around 275 people for their alleged roles in the riot and opened over 400 investigations into possible criminals.

Acting U.S. Attorney Michael Sherwin said last month, "The scope and scale of this investigation in these cases are really unprecedented, not only in FBI history but probably DOJ history."

As law enforcement continues to round up alleged attackers, here's what CBS News has learned about the people who were arrested:

How many have been charged?

According to a DOJ Official, around 275 defendants have been charged in federal court. CBS News has reviewed the charging documents for 244 defendants whose cases were unsealed, and of those, at least 82 were also indicted by grand juries.

Sherwin said last month that prosecutors would move away from charging the easily identifiable "internet stars" who appeared in photos and on social media and begin to build more complicated conspiracy cases related to militia groups' coordination during the attack. So far, at least 18 have been charged with conspiracy, a charge that alleges they coordinated with others to commit an offense.

More than 20 have been charged under a destruction of government property statute. During proceedings for two of those defendants, the government said their crimes amounted to "terrorism" — an allegation that is not itself a charge, but could influence prison sentences if the men are found guilty.

The FBI told CBS News earlier this month that 40 people have been arrested for assault on law enforcement officers. The crime carries penalties ranging from one to 20 years, depending on the circumstances of the assault. Federal prosecutors have also charged at least 195 alleged rioters with "restricted building or grounds" charges.

How many have served in the military?

At least 22 of those arrested are veterans and three are currently enlisted in the military - two in the Army Reserve and one in the National Guard - according to military service records and court documents obtained by CBS News.

The Army Reserve shared the following statement with CBS News: "The U.S. Army Reserve takes all allegations of Soldier or Army civilian involvement in extremist groups seriously and will address this issue in accordance with Army regulations and the Uniform Code of Military Justice to ensure due process. Extremist ideologies and activities directly oppose our values and beliefs and those who subscribe to extremism have no place in our ranks."

Where did they come from?

The alleged rioters come from at least 42 states outside of Washington, D.C. Among those arrested whose home states were known, the most were from Texas, with 24 Texans charged so far. New York had 21 residents arrested while Florida and Pennsylvania each had 19.

How many worked in law enforcement?

At least five people worked as law enforcement officers at the time they allegedly took part in the riot, and four have since left their jobs. An officer in North Cornwall Township, Pennsylvania was suspended without pay after he was charged with, among other crimes, obstruction of law enforcement during civil disorder. Houston police officer Tam Dinh Pham and Monmouth County correctional police officer Marissa Suarez both resigned after they were arrested, and two Virginia police officers were fired after prosecutors charged them for their alleged conduct at the Capitol. Additionally, a firefighter from Florida was also arrested for his participation in the riot.

How many have extremist affiliations?

How many were women?

While those arrested in the January 6 mob were mostly men, at least 29 women have also been arrested for their alleged participation.

How old were those arrested?

Among the 78 defendants whose ages are known, the average age was 42. The youngest-known alleged rioter is 18-year-old Bruno Joseph Cua, who prosecutors accused of assaulting an officer after he posted online, "President Trump is calling us to FIGHT!"

The oldest rioters were two 70-year-old men: Bennie Parker, an alleged Oath Keeper, and Lonnie Coffman, an Alabama man who authorities say brought a car full of weapons and explosives to Washington, D.C.

How many have been released?

At least 117 people have been sent home after posting bail or agreeing to supervised release.

How many leads are being followed?

Federal law enforcement has issued more than 500 grand jury subpoenas and search warrants, and the FBI has fielded more than 200,000 digital media tips from people hoping to share evidence of the riot.

An Oath Keepers member, Jessica Watkins, on Tuesday became the third Capitol rioter accused of committing a "crime of terrorism."

The daughter of a Virginia man arrested during the U.S. Capitol assault said her father is "brainwashed."

Federal prosecutors indicted six members of the Oath Keepers militia, who the government added as co-defendants to an existing indictment for three alleged Oath Keepers. Seven of the group were part of a tactical "stack" of people dressed in combat gear who pushed through crowds to enter the Capitol, the government said.

At least two Capitol rioters may have committed "crimes of terrorism," prosecutors say, which is cause to hold them without bail as they await trial — and may mean longer sentences should they be found guilty.

Attorneys for at least seven accused rioters have referenced Mr. Trump in efforts to explain their clients' actions, according to statements and documents reviewed by CBS News.

A man who authorities say is a leader in the far-right Oath Keepers militia group has held a top-secret security clearance for decades and previously worked for the FBI, his attorney said.