Trump's legal troubles grow even though he's out of office

FactsMatter Message FactsMatter
March 3 in General
Donald Trump is out of the White House but as a private citizen he is not out of legal hot water on multiple fronts. 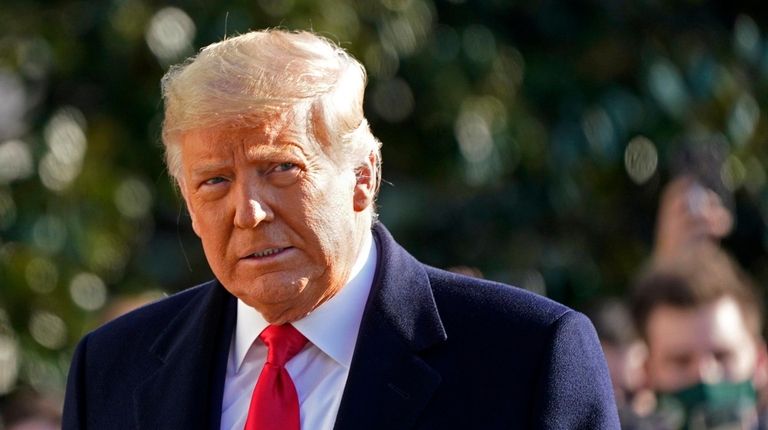 It marked the latest development in one of many legal fights ahead for the ex-president.

In New York, State Attorney General Letitia James is pursuing a lawsuit claiming the Trump Organization overstated the value of a Westchester property to get better terms for loans and insurance and a development credit, only to later understate its value when it came time to paying the property tax bill.

Elsewhere, Trump is facing an investigation into his attempt to coerce Georgia officials to "find" enough votes to change the election outcome there.

At least one lawsuit has been filed about his role in promoting the Jan. 6 attempt to take over the U.S. Capitol and block the Electoral College vote.

And there are still lawsuits by women who say Trump sexually harassed them.

No previous president has left office in so much legal trouble, scholars say.

"There is absolutely nothing like this at all," said Paul Finkelman, a legal historian who has written more than 50 books and is president of Gratz College in Pennsylvania. "Like much of Trump’s presidency, his post-presidency is unprecedented. There is literally no one to compare him to."

Other presidents, such as Bill Clinton, said they were financially "broke" upon leaving office. Andrew Johnson, who in 1868 became the first president to be impeached, was "disgraced" and "despised" after his departure, Finkelman said. But he never faced legal issues.

Trump has said the cases amount to a "witch hunt," claimed they were "attacks by Democrats," and that he was the target of "headhunting prosecutors."

"He tried to delay them as much as possible," Cornell University criminal law professor Jens Ohlin said, referring to the Trump cases in general. "But now that he’s out of office, he no longer has a [path to delay]. Now, he’s just like anyone else."