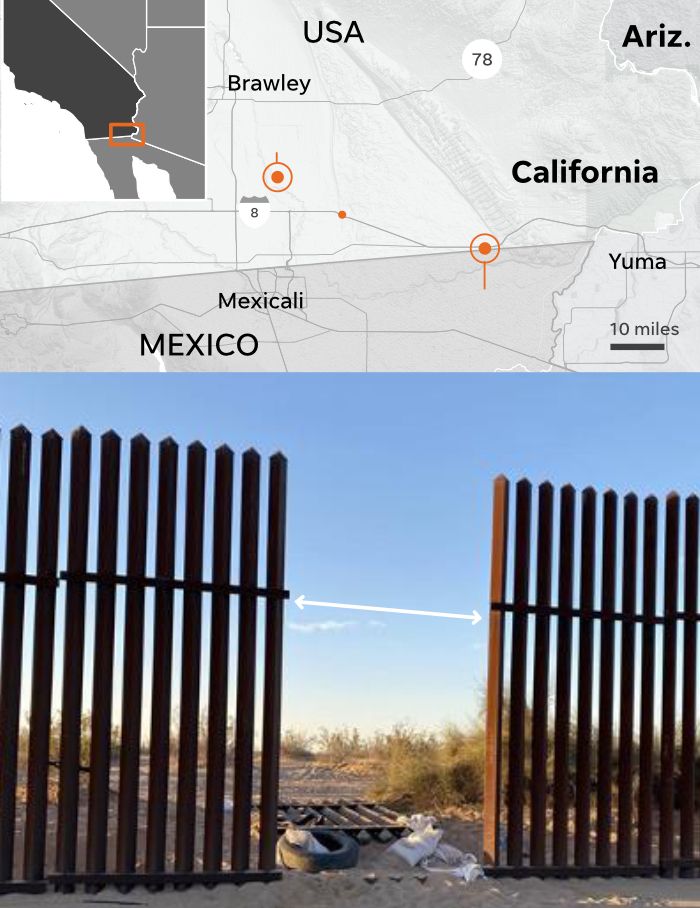 “When the wall is built, it will be virtually impossible to come over illegally, and then we’re able to take border control and put them at points of entry,” --- Donald Trump, September 19, 2019

"I would build a great wall, and nobody builds walls better than me, believe me, and I'll build them very inexpensively," Trump said. "I will build a great great wall on our southern border and I'll have Mexico pay for that wall." --- Donald Trump, June 16, 2015