FactsMatter Message FactsMatter
July 27 edited July 27 in General
Honolulu police receive hundreds of requests for language interpreters each year, but few are for Pacific Islanders despite the fact that they comprise a disproportionate number of those arrested and often speak English as a second language or not at all.

The discrepancy has raised concerns that the police need to improve communication with marginalized communities amid rising tensions over the disparities and recent fatal police shootings.

City Councilwoman Andria Tupola said HPD should create a language access unit to address the problem, although no concrete initiatives have been put forward. She also wants HPD’s annual report to include how many officers speak the language, understand the culture and the number of requests for language assistance. 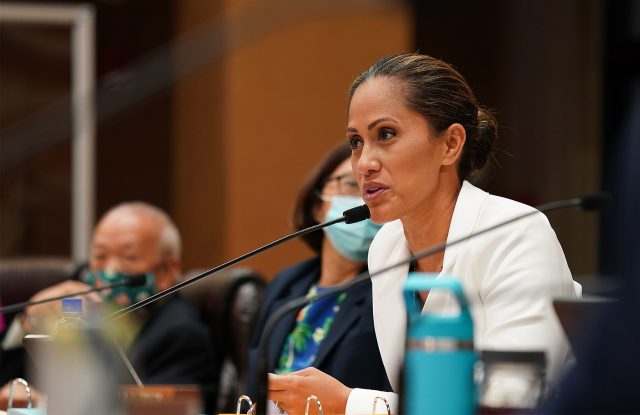 The problem is complicated. While there have been claims that the police refused requests for language assistance, advocates say non-English speakers often don’t know they have a right to ask or are too afraid to speak up.

Data shows that the Honolulu Police Department only provided language interpreters for three Micronesians last year. Meanwhile, Native Hawaiians and Pacific Islanders represented 38.1% of total arrests and 34.5% of use of force incidents in 2019. The department doesn’t provide specific figures for Micronesians.

“It’s not just the language per se,” Tupola said. “It’s the whole entire thing, which is understanding the family structure, the culture, why this particular family would choose to do this thing rather than that thing and why they’re mad about their son getting arrested.”

The most common requests for language interpreters by patrol officers are Japanese, Mandarin and Korean, according to HPD spokeswoman Michelle Yu.

“On average, there is one or less than one call a year for Burmese, Chuukese, Croatian, French, Ilocano, Italian, Laotian, Marshallese, Pohnpeian, Portuguese, Russian, Taiwanese, Samoan and Somali translation,” Yu said in an email.

The Honolulu Police Department doesn’t have a corps of full-time interpreters but instead relies on 236 officers and civilian employees – both full-time and part-time – who speak a second language and may be called on to help with interpretation. According to its policy, HPD compiles an annual list of such employees.

“Sometimes the wrong person is arrested because they have limited English, and they can’t tell their side of the story.” — Suzanne Zeng of Language Services Hawaii

Thirty-four speak a Pacific Islander language, including 15 who speak Samoan, nine who speak Hawaiian, five who speak Tongan and one who speaks Fijian. Only four speak Micronesian languages: one Chuukese, one Palauan and two Pohnpeian.

Josie Howard, program director of We Are Oceania, a Micronesian advocacy group, said she was stunned at the low numbers of language requests by people from the Federated States of Micronesia, which has an agreement with the United States that allows its people to legally live and work in the country in exchange for U.S. military control over a huge swath of the western Pacific.

“I was looking for Chuukese in the higher up, and I couldn’t believe that it was in the bottom,” she said.

Howard figured the issue might be that some Micronesians are unaware that they can ask for a language interpreter.

The Honolulu police have initiated efforts to improve outreach to the community following the April 5 shooting death of Iremamber Sykap, a 16-year-old Micronesian boy who had been driving an allegedly stolen car involved in a car chase. Three officers involved in the shooting face murder charges.