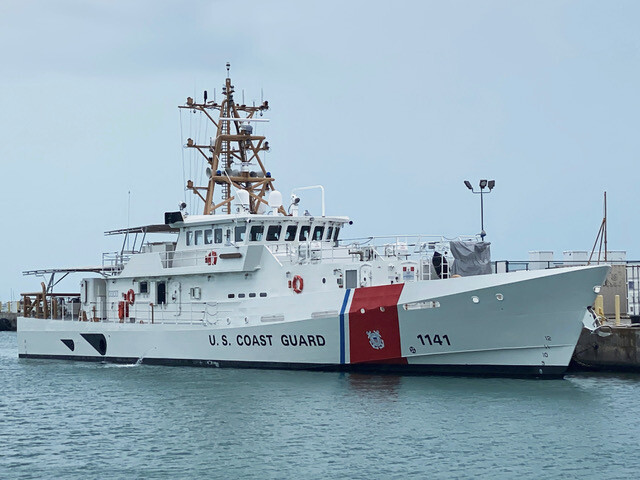 The three FRCs build out and strengthen the United States’ strategic presence in the Indo-Pacific and are there “as a response to coercive and antagonistic behaviors from China,” U.S. Coast Guard Commandant Adm. Karl Schultz said during the ceremony.

FRCs are consistently being deployed in support of the full range of missions within the Coast Guard and other branches of the U.S. armed services. This is due to its performance, expanded operational reach and capabilities, and ability to transform and adapt to the mission.

FRCs have conducted operations as far as the Marshall Islands — a 4,400 nautical mile trip from their homeport. FRCs have a flank speed of 28 knots, state of the art C4ISR suite (Command, Control, Communications, Computers, Intelligence, Surveillance, and Reconnaissance), and stern launch and recovery ramp for a 26', over-the-horizon interceptor cutter boat. 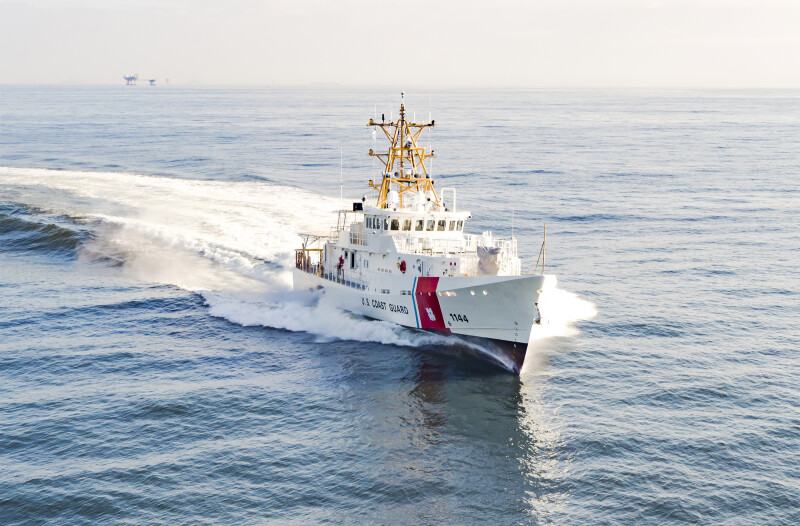 For the FRC, which has a draft of 9'6", Bollinger is using a proven, in-service parent craft design based on the Damen Stan Patrol Boat 4708. Main propulsion comes from twin MTU 20V4000 M93L diesel engines, producing 2,900 hp each.
Cutters Hazard, Henry and Hatch represent the 162nd, 163rd and the 166th cutters that Bollinger has built for the Coast Guard over a 36-year period.

The majority of the builds occurred despite the Covid-19 global pandemic and six named storms impacting the Gulf region, all of which affected Louisiana and two of which made landfall in the state as hurricanes, including Hurricane Laura — a Category 4 storm and the strongest to hit the state since the Great Storm of 1856. Despite these challenges, Bollinger undertook precautions to ensure the health and safety of employees and maintained its record of on-time deliveries to the Coast Guard. 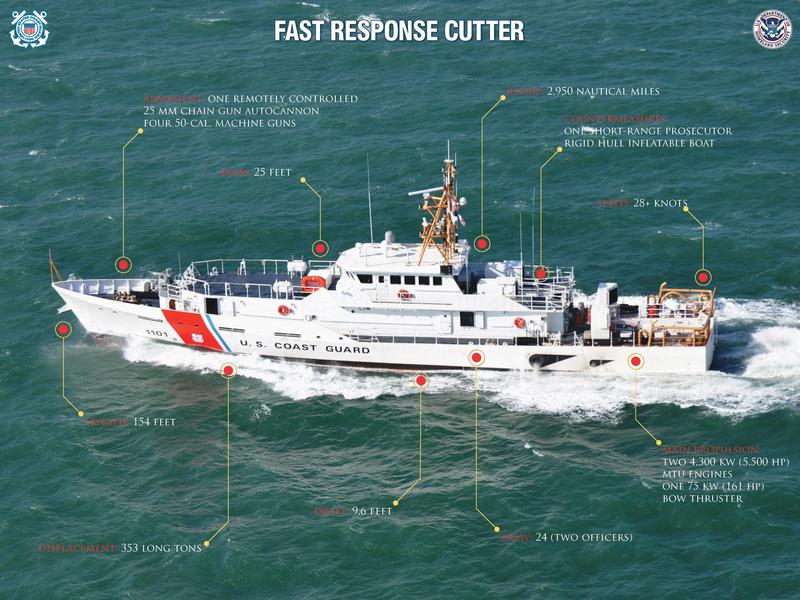 “Bollinger is incredibly proud to continue enhancing and supporting the Coast Guard’s operational presence and mission in the Indo-Pacific region,” said Ben Bordelon, Bollinger president and CEO. “Bollinger’s unique experience and long history building for the Coast Guard is unparalleled and has shown time and time again that we can successfully deliver the highest quality vessels on a reliable, aggressive production schedule and cost, even in the most challenging circumstances.”

The Coast Guard took delivery of the USCGC Frederick Hatch in Key West, Fla., in February before embarking on the 69-day, 11,400 nautical mile journey to Apra Harbor. It joined its sister cutters, USCGC Hazard and USCGC Henry, that arrived in Guam in September and December of last year, respectively.

The homeporting of the three cutters in Guam is part of the Coast Guard’s "doubling down on Oceania," allowing more frequent and longer patrols in an area where the service has increased its presence over the past two years and is aligned with the U.S. position on maritime security in the Indo-Pacific.